Movie Review: LUSALA- The Past will Always Find You.

I keep it real on here and I do not hype anything that does not deserve the hype! I also do not review anything that I think you guys wouldn’t be able to relate to! I was at Century Cinemax Junction yesterday at exactly 4:25 PM ready to catch Lusala only to be told it was actually showing at 8:45 p.m. Bummer! My heart collapsed, but my will was determined as I only had that particular day to watch it! I decided to hang around the mall (strong-willed lol) and luckily my sister had requested me to get her some gold spray paints, but that killed only about 20 mins. So I sat cosily at the food court and had some ice cream as I waited for Lusala.

I am here to announce that that wait was worth every second! Lusala is a film that is so relevant in our society today. This film does not allow you to slouch and hungrily eat your popcorn or want to respond to DM’S.

It’s the kind of film you forget you had popcorn in your hands and carries you in its wave of suspense and intensity. It has this overwhelming sense of love and fear (brought out through the characters)  that captures you and messes with your emotions.

It’s the kind of film you forget you had popcorn in your hands and carries you in its wave of suspense and intensity. It has this overwhelming sense of love and fear (brought out through the characters) that captures you and… Click To Tweet

One thing I loooooved about this movie was the fact that as much as the cast was an amazing blend of actors, it was VERY clear who the main character was!

To explain it better; one is able to completely forget whatever movie you last saw the actor and you completely see the actor in the current role he is playing.  It’s like a new introduction! In addition, the strength of the main character to stay committed to the film and carrying it all the way to the end, ensuring that the story remains to be LUSALA from the beginning to the end.

We can argue this out later on, but I think that a lot of Kenyan productions really struggle to bring that out.

Lusala— The past will always find you!

This thought-provoking film highlights the unspoken issues of childhood trauma and loss. And truly, the past always finds a way of catching up with us!

The film draws attention to the plight and stigmatisation of a strong African alpha male (he rides a bike ya’ll) Lusala, who is evidently struggling with his mental health. Something that is hard for a lot of people (Kenyans) to accept. “How does a man have mental health issues? ” I loved that the film explores Lusala’s mind, his fears and ambitions and Brian Ogola who plays Lusala, does not disappoint!

Who should watch this film?

EVERYBODY!!! I SAY, EVERYBODY! All the way from our grandparents, parents, millennials and if your house has people in it. Again, everyone should watch this film. My hope is that this film sparks conversation, not just in the media but at our dinner tables and bedrooms where we hide our family struggles.

I hope you watch Lusala! I hope it speaks to you! I hope you get absorbed by it and wake up thinking about scenes in the movie like I did today!

(FYI: I bought the ticket at ksh500 which came with either water or soda and some popcorn *for the win*)

Get your FREE DOWNLOADABLE! Click the image or here!!! 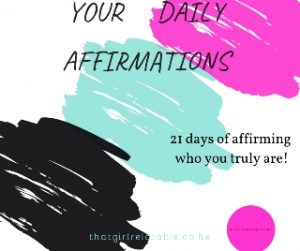 YOUR DAILY AFFIRMATIONS: 21 Days of Affirming Who You Truly Are!

I’d Love to BE YOUR COACH!

Join the #RGInsiders by subscribing to our news letter and access products,inspiring messages and more that only our #RGInsiders get!